Memory Turns You Into A Battery For The Matrix


The more attachment one has to the time-track, the less space there is to breathe. It is as if you are being suffocated by all your memories that are enforcing you inside the matrix of your identity, which stems largely from the memory.
A metaphor I can use is, somehow forcing 100Gb of data into a computer processor that can only properly function with 50Gb. Now it cannot function optimally anymore, and malfunction soon becomes prevalent.
In order to manifest your own reality, you must not place your stories from the hologram in the NOW, because what you will end up with, is the limit of your own programming. Basically, your experience becomes filtered to fit you.
Ask yourself, who would you be if all your memories had been stripped away from you?
Memory in computer processing and memory inside the mind, both serve the same function: they allow you to continue where you had left off.
It grants the ability to write a story from start to end  — a story that arises out of time, needs memory attached to time. The possibility for learning is also enabled by memory.
For a computer it is useful, as programmed input can add to the functional repertiore and for a human-being it is essential too — or is it?
Memory serves to hold and preserve data that our minds download through the five senses — data of a digital hologram. Remember that it is the job of the mind to translate the information of the hologram into a matrix.
Inside of the matrix we are made to choose what it is we wish to embody as a construct within it, lest we suffer the consequence and shame of failure and having no life or nothing to live for. And no money equals also no potential survival in this reality.
It is only sentient beings (5 senses) that need something in the material world to live for. This is an early stage of spiritual development and, unfortunately, too many are blocked here.
In order to have something to live for, you have to become something. Only words have the power to turn us into something in this reality that the architect constructed in an attempt to break and divide the ONE consciousness.
This is why, in fact, nobody is equal inside of this reality, because we are all something, and how can something be the same as something else? Impossible, when we deal in terms of random innumerable codes that makes each and every individual on the planet solely uniquely different.
The axiom of this reality is divide and rule, and there is no better way to divide than to provide an information-based reality to souls. This is the origin of a dualistic world.
So we choose what we want inside of the primary matrix and we do the necessary to build a ME (identity) or a personal matrix (persona) which most get entangled with and lose their sense of I (soul) in the process.
It must be understood once and for all that all of us have lost touch with divinity, though embracing the product of Trinity or Split consciousness.
Religious teachings regarding the Father, son and holy spirit forms the great spell of trinity consciousness. This is resembled also by the triangle that is bent at murdering the soul, resembled by the circle.
How can you be three when all is one?
If you ever watched The Matrix before, you should well remember that Trinity died, only to bebrought back to life by the ONE, who eventually realizes that the one is immortal.
I have seen lots of symbolism regarding the Triangle within the circle and, of course, nobody has an idea about the hidden meaning of this symbol. It is a shame because that which is unconscious inside the reality of the subject, is able to control (especially if it is a lie that has gone on so long that it has been assumed as truth).

That which is in the now is energized not only by your own consciousness, but by all consciousness, due to the law of ether which cannot be broken.
If you hold hatred in the now, then everyone you encounter will confirm that which you hold. Your entire experience will revolve around what you hold in the now/soul-center.
The reason that this matrix is so negative is due to consciousness predominantly energizing the negative in the now.
The powers-that-be (i.e. the minions of the Archon Architect) know this very well and make us energize the now by constantly feeding us negativity (via the mainstream media, scare tactics to make us afraid, poverty, wars, low minimum income, abusive laws, etc.). 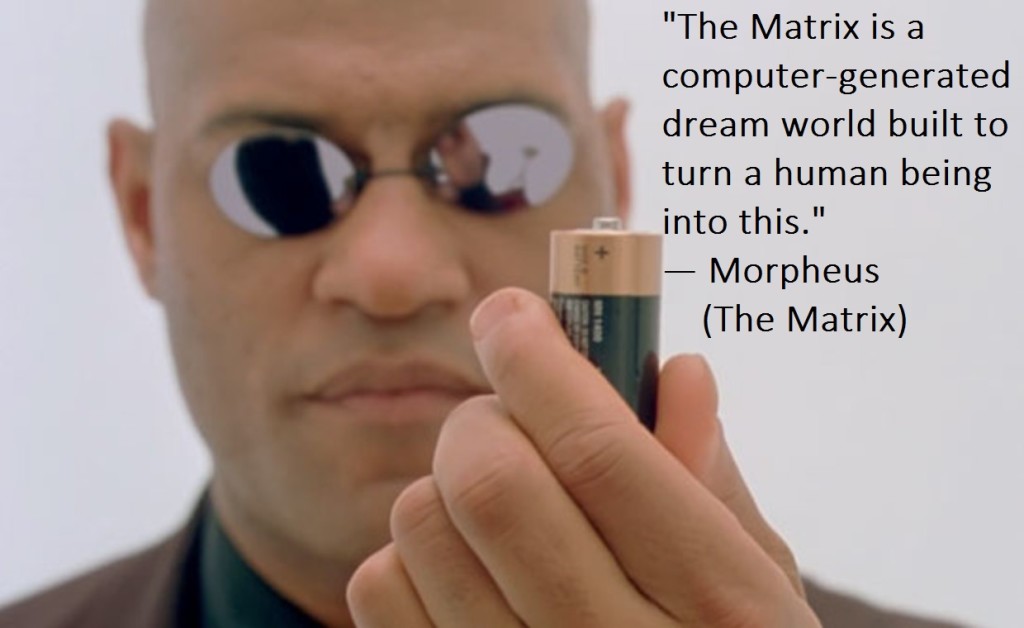 People are mostly worried and overwhelmed by the negative malefic aspects of themselves, which stems from the past/time-track and possesses them, so to say.
When you allow a memory to tell you who you are in the NOW, it effectively makes you negative in the now.
The obsolete construct of the time-track, assumes absolute power over you due to you nominating it “the positive pole” through the attachment to your own identity that needs data — any data — to exist.
This is how memory suppresses the soul and limits it to various anchor points on the time-track. “I” is the only general that gives permission for this massacre that memory can cause when granted absolute power.
Every time you are confronted with a random pop-up of a memory in the NOW, you can use the opportunity to use the mantra “IT IS NOT IT” which effectively puts the memory back onto the time-track.
Memory is, essentially, stored information. One must not identify one’s eternal nature with information and data that has its source inside the dream of the creator, inside the matrix.
You can be sure that the identification with time is what causes mortality in its own rights.Memory is a by-product of time and, within time, things age and die.
Outside of time is synonymous with outside of memory.

You can do this with all data and information disturbing your inner peace by simply scanning everything and everyone you know and witnessing if any of these constructs trigger an emotional spark.
Anything that can influence you in the NOW means that it is actually in the NOW and forms part of your own NEGATIVITY in the now.
Why? Because it is alive in your psyche due to you energizing the attachment of an event on the time-track. In order for this to occur, you have to be a terminal and give up energy to an obsolete construct.
Bad memories result in the physical manifestations such as regret, shame, guilt, sadness, introversion, secrecy, alienation, anxiety, stress, withdrawal, etc..
Good memories result in the idolization of self, pride (a deadly “sin”), anchor points, attachment, suppressing ideals (suppressing your now with highs from the past), pressure to further live up to high expectations, spiritual stagnancy (believing that the highest has been attained already), etc..
Due to duality, we can compare good and bad memories and maybe some would argue that good memories serve at giving meaning to our lives.
This belief and attachment, together with faith and hope in data, materializes even in the next life.
All problems and issues that form part of the ego/identity, cross, together with the soul, into the next life due to it also having consciousness, which it gets from its host (i.e. the soul).
Your demon (ego) follows you into the next life.
Now you have the opportunity to finally cut the shackles you have to this entity that survives for the matrix. This is necessary if you want to disconnect from the matrix and salvage paradise.