Greetings my beloved Masters of the Universe!

It has been quite a while since I have contacted you last, nearly two years have passed since our last communication. And what a whirlwind of turbulence have these two years been. I am sure that many of you can relate.

The reason that I am reaching out to you today is because I am guided to give you an update and an explanation of what has been happening on this planet in the last few years and especially the last few weeks.

You see around 2015 I have received a message about the splitting of the two earths. As you know Earth has been transitioning to a higher dimension and as many have predicted has been “separating” into two different realities, that of the old frequencies of the dogmatic thinking, and those of the new energies, energies of freedom of thought. The message was that we had 7 years to finish everything up, assist the collective consciousness in moving onto a new plane of existence and then “jump” onto the new earth. The date was set for September 22, 2022.

Many have been invited to leave the old earth frequencies around that time, but most of you refused to leave and instead have voluntarily stayed connected to the collective consciousness of the “old earth” in order to assist human souls in moving onto the “new earth”. Once again, the date of the “last” jump was set for September 22, 2022.

However, in 2016 everything changed, because a group of light beings have managed to infiltrate themselves into very powerful positions, which allowed them to utilize the mass media to send various very powerful, earth shaking, and dogmatic thinking shattering messages. Messages that no one could ignore and the whole world has been shaken to its very core.

As it usually happens the vibrations in the mass media messages were quite powerful and went completely against what the dogmatic thinking patterns of collective consciousness have been exposed to, which lead to a lot of resistance from the 90% of the population. And that is exactly what was needed to tip the scales and expedite the decision of each human soul to either stay with the old energies or move onto a new plane of existence (new earth).

What has happened really was a massive purge of negativity, which shook this planet and created a whirlwind of tsunami like energies that had no choice but to be released from the bodies of earthlings and the Earth herself. What this group has done was take it upon themselves to reflect all the negative range of emotions onto the collective consciousness and act as a  mirror of sorts to showcase to all, that things cannot continue the way that they were and much must change. 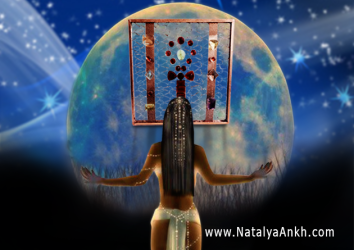 That is the reason that so many have all of a sudden become unwell, especially in the lightworker community. Not all of you reading this message will resonate with it, but most of you can relate. The reason for so many changes in the last 2 years in many people’s lives, various illness and seeming obstacles, was because for the human souls it was the final push to change their direction and turn to light. And for lightworkers it was a time of stabilization.

What we as lightworkers have been doing all this time was purifying earth energies by grounding all of this negativity onto the old earth, that is why so many have had to become grounded into reality and be absolutely 100% present in the NOW. Each moment you had to be conscious of what was happening around you because you were literally working as filters. The other group of lightworkers have instead become beacons of light, with your powers increasing trifold, you were able to perform miracles in your work, because you were bringing in the light directly from the source and infusing this light into those around you who were going through colossal changes.

But, going back to the message that I have received. Because of the work that has been accomplished in these last two years, everything has sped up, and human souls as a collective have decided to move onto the “new earth”, to a new frequency and higher vibration. Which has moved the “last day to jump onto the new earth” for lightworkers to January 31st, 2019. That is the reason that many are experiencing nostalgia at this time, a sort of “mourning” of their “youth”, days gone by, and seeming longing for the past, even those who have never really cared about the past and were always looking towards the future, have found themselves feeling these emotions. Others have all of a sudden become fixated on the idea of making a living will, or restructuring their earthly possessions as if trying to make sure that when they are gone, their earthly possessions will go to the right hands. All of this has been happening because EVERYONE on this planet are in the process or have already moved onto the new platform, and were simply saying goodbye to their old selves.

If you have been called to move to the new earth, to new earth frequencies but were holding yourself back because you felt that you needed to assist those near and dear to you, please know that they have already moved onto a new platform on a subconscious level and are consciously moving onto the new platform at this time. Their bodies are simply adjusting to new energies, just like your bodies have adjusted upon your own awakening.  There is no reason to be concerned that someone would be left behind, because as it looks from this point in time, no one will be left behind.

Once again, I would like to remind you that your soul has already made the decision to transition to a new frequency, new earth, new platform,

whatever you wish to call it, and this message is really for your conscious mind. I am told that if you are consciously ready you can proceed with the “jump” whenever you wish. And if it so happens that you read this message post January 31st, 2019, be assured that you have made this transition already even if you did not do so consciously. Once again, this message serves more of an explanation of what has been happening for your conscious mind to comprehend what your body and subconsciousness is doing.

However, if you wish to consciously make the jump, you simply need to ask your guides, your higher self, your ascended masters, guardian angels, spirit guides, galactic family of light, The Source, or whomever you feel most connected to, to assist you in doing so. Most of you will get an impulse to do so, and some of you will just need to say to yourself or out loud that you are ready to transition to a new plane of existence, to the new earth, to the new platform, new earth frequencies and vibrations with the rest of humanity.

Once you make that transition which for you should be instantaneous, many of you will be guided on what to do next. Mostly this will involve a change in direction, and a more hands on approach to assisting human souls in acclimating to their newfound bodies, just like you have in the past. It is going to be a very busy time yet again for many of you, and you will be called once again to actively participate in the ascension process. Because the ascension as a whole will continue happening for many years to come, to allow everyone an opportunity to proceed at their own pace.

I would like to once again thank all of you for such a tremendous effort that you have made throughout all this time. It’s been a wild ride, but the future looks promising.

~Anna Merkaba – For more channeled messages to help you on your journey to self discovery visit : Sacred Ascension – Key of Life – DISCOVER YOUR TRUE SELF THROUGH THE VIBRATIONAL MESSAGES FROM BEHIND THE VEIL–https://sacredascensionmerkaba.wordpress.com/

This article has 5 Comments

All donations are greatly appreciated. all donations received will help keep this website active, our daily transmissions on youtube and updated in the latest knowledge and information of the New Earth. Namaste. Much Love the Eagle and the Condor...A'Ho!!