At the August 11th solar eclipse, the energy of the ELECTRIC FIRE OF LIBERATION will flow from the Galactic Center (the Pleroma) throughout the Solar System and all Galactic Command Light forces, and will be channeled through Eris and Kuiper belt, then through Vesta and asteroid belt, through the Moon (especially Mersenius and Tycho lunar bases of the Light forces), though an RM2m special task force underground and then through all groups meditating on the surface of the planet. Therefore our meditation at the moment of the eclipse has great potential for a breakthrough.
Let’s make this our REALITY!

Learn how to use the White Fire of AN & ATVOR conversion technology to clear  all the remaining toplet bombs in the August 11th Solar Eclipse Meditation!

“The AN CONVERSION is a major process that our whole reality is going through. It is the process through which the Source, the One original creator, is bringing the whole of creation back into unity..The AN conversion is a system of direct transmission of Light that bypasses contingency filters, and therefore transmits the flow of Light in its fullness, all the way down the planes. This allows the Divine Will to be transmitted by Light, into the densest matter of all planes, transmuting, healing and reconnecting all reality back with the One. This AN conversion system progressively transforms the universe into a reality where the One is all powerful. The main anchor for the AN conversion is the AN stargate, located in the central star of the belt of Orion. The original accident that created evil happened in Orion, and therefore that constellation became the central point for transmutation of darkness. The AN stargate was always a portal of Light, and it is through this portal that many souls came down from the planes above the Buddhi Manas, down to the planes below it.These souls are the so-called star seeds, who came with the purpose of helping to anchor the Light in the lower planes, and transmute duality back into Oneness. Each star seed holds keys for the AN conversion. We can connect with the AN stargate in meditation, and also use the primordial sound AN, much like we use the sound OM, to invoke the AN conversion.”

These two techniques … the WHITE FIRE OF AN and the ATVOR CONVERSION TECHNOLOGY have a crucial role in this meditation, Star, who’s quite the expert on these two tools explains how they’re related to the Orion Constellation – where the Al Nilam Stargate is opening during this Eclipse – and why they’re so powerful & ‘custom designed’ to purge the grids & make the Event happen NOW!

This is a stand-off. According to Cobra it’s our opportunity to RESOLVE “a deadlock between the Light and the dark forces – ONCE AND FOR ALL!

Which means this meditation is more critical than ever. We must do everything in our power to support the Light Forces in increasingly high stakes operations. They’re putting themselves at EXTREME RISK to help us.

Let’s be there for them, and help clear the toplet bombs so their operation is SUCCESSFUL!

This upcoming Mass Meditation is a crucial part of a major operation to LIBERATE THIS PLANET!

This is where YOU and I and EVERYONE MEDITATING……can ALTER the FABRIC OF REALITY through the SYNCHRONIZED & COMBINED power of our consciousness.

There are a few things we need to envision specifically this time….due to the Al Nilam Stargate opening….

(1) A pillar of electric blue Light emanates from the Galactic Central Sun, then goes through the Orion Stargate (Al Nilam / Epsilon Orionis star in the Orion constellation), and then enters our Solar System.

(2) A second pillar of light  goes through your body and upwards into the sky, going through the Orion Stargate and finally connects with the Galactic Center and the Source

MORE about the AL NILAM STARGATE here:
“The three stars in Orion’s belt anchor what is known as “the Zone of Overlap”. The upper half of the constellation is the location of the Lords of Light, governed from its chief Star, Betelgeuse; the lower half of the constellation is the location of the Lords of Darkness, governed from its chief Star, Rigel. If you follow the outline of the main stars of each half, you will see that each zone roughly forms a triangle and where they overlap they form a combined zone, which is diamond shaped. This is called the Zone of Overlap and is overseen by Archaeon Metatron, who anchors Oneness, and the Council of the Elohim, of which many Lightworkers are members. This space represents the Sacred Union of dark and light, where they are wedded together as ONE, acknowledging that in truth we are neither all dark nor all light, but of the Greater Light that contains both dark and light. This is the true lesson underlying our existences in this Dimension – that of understanding the true nature of duality and of merging polarities into conscious Oneness. The Zone is anchored by the 3 Stars that form Orion’s belt, and which also anchor the great Star lineages of EL, AN and RA. This zone is the place that we will “travel to” as we and the planet Ascend. Within the zone and centred around AN (the Star of Al Nilam) is the Ascension Gateway, which is triangular and held in a state of constant balance by Archaeons Metatron and Michael and Lord Melchisadek – we refer to them as “the 3 Ms”! Metatron is aligned with the family of AN, comprising the two Ray groups ON and AN, which represent the Union of the Sun (Masculine polarity) and the Moon (Feminine polarity). Shamballa anchors the masculine Ray in the Himalayas, whilst AN anchors the feminine Ray in the Andes mountains.”
https://www.innerlightworkers.co.uk/planetary/wayofascension.htm
CLICK HERE TO HEAR THE INTERVIEW ABOUT THE WHITE FIRE OF AN

MAKE THIS VIRAL! KEY TO FREEDOM MEDITATION AT THE ECLIPSE 2018-8-11
It is time to take action again! It is time to take the destiny of our world in our own hands! We all agree that the process of planetary liberation is taking too long. Here is our chance to collectively speed up the process. Therefore we are using the opportunity of the Solar eclipse on August 11thto create a portal through which we will unify our consciousness and enlighten the energy field around the planet.
Make this viral! Share it worldwide! Please post it on your websites and blogs. Invite spiritual groups to join us. If you know an alternative media outlet, you can send it to them. You can create a Facebook event for your local group of people doing this in your part of the world. We also need one main Facebook group for this event. You can create a video about this and post it on Youtube.
Scientific studies have confirmed positive effects of mass meditations on human society, so each of you that will participate in this meditation can actually help bringing the Event and Full Disclosure closer to us:
http://thespiritscience.net/2015/06/18/studies-show-group-meditation-lowers-crime-suicide-deaths-in-surrounding-areas/
http://www.worldpeacegroup.org/washington_crime_study.html
This meditation helps the Light forces to ground the energy of Light on the surface of the planet to resolve the deadlock between the Light and the dark forces, finally setting humanity free. Number of people doing that meditation is the single most influential factor within the power of the surface human population for speeding up the process.
Plasma toplet bombs are still located inside the planetary plasma shield:
http://news.mit.edu/2014/plasma-shield-against-harmful-radiation-1126
https://cerntruth.wordpress.com/2017/08/03/rhic/
They are the real reason for current impasse between the Light and the dark forces, and are assuring mutually assured destruction (MAD), a certain form of Nash equilibrium:
https://en.wikipedia.org/wiki/Impasse
https://en.wikipedia.org/wiki/Mutual_assured_destruction
https://en.wikipedia.org/wiki/Nash_equilibrium
When those toplet bombs are removed, the breakthrough can happen.
We can reach the critical mass of 144,000 people doing this meditation! This will create a massive healing chain reaction in the energy field worldwide. The  Light forces will have their focus on Novaya Zemlya, still an active Chimera base:
https://thebarentsobserver.com/en/security/2018/02/novaya-zemlya-priority-2018-says-northern-fleet
https://thebarentsobserver.com/en/security/2018/07/170-recruits-sent-novaya-zemlya
https://nationalinterest.org/blog/the-buzz/tsar-bomba-russias-insane-50-megaton-monster-nuke-could-have-20801

Astrological chart for our meditation shows a powerful grand trine between Eris in Aries, eclipsed Sun / Moon in Leo, and Vesta near Galactic Center in Sagittarius, all of them located in fire zodiacal signs. At the eclipse, the energy of electric fire of liberation will flow from the Galactic Center (the Pleroma) throughout the Solar System and all Galactic Command Light forces, and will be channeled through Eris and Kuiper belt, then through Vesta and asteroid belt, through the Moon (especially Mersenius and Tycho lunar bases of the Light forces), though RM2m special task force underground and then through all groups meditating on the surface of the planet. Therefore our meditation at the moment of the eclipse has great potential for a breakthrough, as it is a moment of very favorable connection with the Galactic Center.

1. Use your own technique to bring you to a relaxed state of consciousness.

2. State your intent to use this meditation as a tool to speed up the process of healing for Earth and its inhabitants, removal of toplet bombs and triggering the Event. 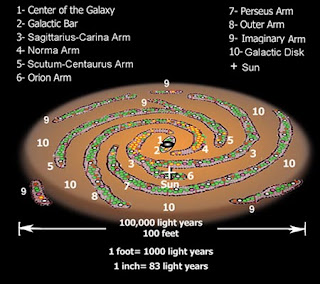 4. Visualize another pillar of Light rising from the center of the Earth, then up through your body and upwards into the sky towards all beings of Light in our Solar System and our galaxy, going through the Orion stargate and finally connecting with the Galactic Center and the Source.

6. Now visualize the White Fire of AN, emanating from the Source, flowing through the Galactic Center and through the Orion stargate towards the Earth, purifying all remaining toplet bombs on plasma plane around the Earth. Visualize the Light Forces of Galactic Command Fleet removing and dissolving all remaining toplet bombs with their advanced technologies. If you feel guided you can call Archangel Metatron to assist in purification process. Visualize the White Fire of AN purifying all anomaly and reversing all entropy within the plasma shield around the Earth.

7. Visualize the Event happening, restoring Oneness, Harmony, Peace and Prosperity to Earth and her inhabitants. Visualize Source Light manifesting itself easily on planet Earth and bringing quarantine to an end. 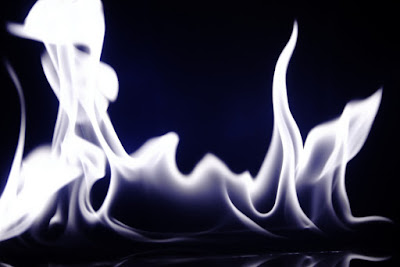 Suggested time for meditation is 15 minutes.

Goddess wants freedom and freedom it will be!

Updates about the Key to Freedom Meditation:

All donations are greatly appreciated. all donations received will help keep this website active, our daily transmissions on youtube and updated in the latest knowledge and information of the New Earth we receive. thank you. Much Love the Eagle and the Condor...A'Ho!!