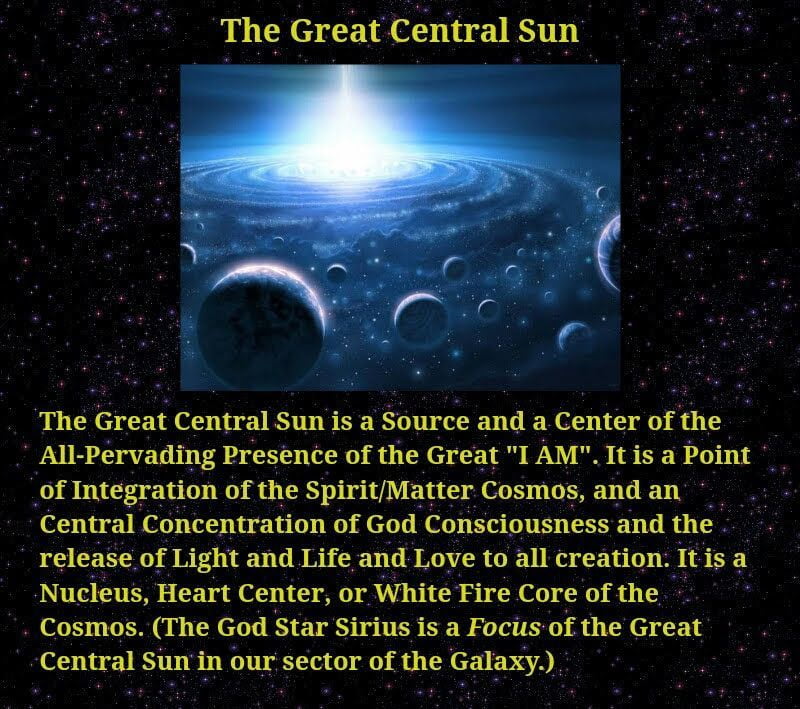 As a result of this interaction, certain aspects of liberation plan will be released to the surface population in the intermediate future.
Our Solar System is now full of beings from the Cosmic Central race and they are cooperating with the Light Forces from the Jupiter Command, Ashtar Command, Atlantis Command, Pleiadian, Sirian and Andromedan Fleet, Resistance Movement, positive Agartha factions and certain special forces called SURFACOM.
Cosmic Central race beings are also contacting the most advanced members of the surface population in their meditations, dreams and visions. 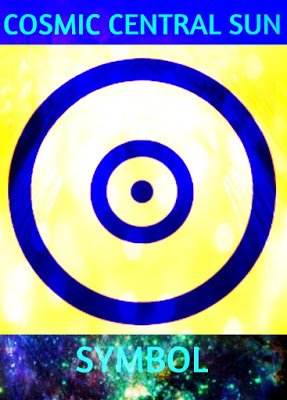 Upon the request of the Light Forces I am hereby releasing a meditation which you can use to connect and cooperate with the Cosmic Central race.
1. Use your own technique to bring you to a relaxed state of consciousness.
2. State your intent to use this meditation as a tool for the planetary liberation.
3. Visualize beings from the Cosmic Central race emanating from the Cosmic Central Sun, then being dispersed through Central Suns of all galaxies in this universe. Then visualize these beings entering through the Galactic Central Sun, then going through Alcyone Pleiadian stargate, then going through the Sirius stargate, then entering our Solar System and being positioned inside our Solar System in a flower of life mandala, and then connecting with all Light Forces above the surface, below the surface, and on the surface of the planet Earth.
4. Visualize beings from the Cosmic Central race transmuting all remaining darkness of this Universe until only Light remains. Visualize a new grand cosmic cycle beginning, bringing pure Light, Love and Happiness to all beings in the entire Universe.
Lengyel Goddess Vortex in Hungary has been chosen as the entry point for the energies of the Cosmic Central race. The reasons for this choice have to do with the 1996 Archon invasion, social dynamics behavior patterns of the most advanced Lightworkers, the position of the outer border of late Atlantean Mediterranean colonies, and conscious connection of shamen of Lengyel culture with the Galactic Central Sun of our Galaxy:
https://en.wikipedia.org/…/Neolithic_circular_enclosures_in… 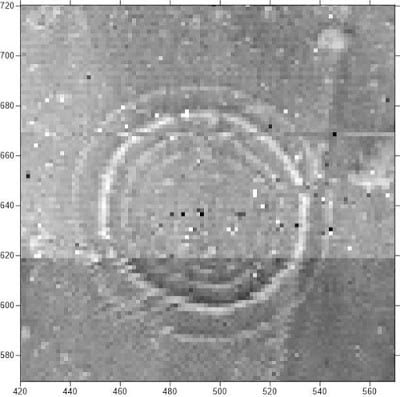 There is an important restructuring of the surface Light Forces teams in preparation for cooperation with Cosmic Central race and SURFACOM special forces. Justice is coming. Therefore, for the early phases of certain operations I need to expand my legal team and need an attorney that can at least to some degree understand and support my mission, and has a good understanding of international law, copyright issues, defamation and libel issues and harassment / threatening / cyberstalking issues. If you are such an attorney, you can contact [email protected]
All that is Done will be Undone.
Victory of the Light!

Michael Love
**** EARTH FREQUENCY UPDATE – 222 @ 4:44AM ****
EARTH CONTINUES TO GET BLASTED WITH 5D GAMMA FREQUENCIES FROM THE CENTRAL SUN!
A FULL-ON, SUSTAINED, 40-HERTZ WHITE-OUT STATE WAS INITIATED DURING ONE HOUR AGO!

POWERFUL GLOBAL 5DNA UPGRADES UNDERWAY!
FEEL FREE TO SHARE WHAT ARE U EXPERIENCING IN YOUR LAYERED BODIES?
STANDBY FOR MORE UPDATES….
GOD-SPEED!

Lightworkers are liberated to wield their beams of Light

EMERALD CRYSTAL HEART ~ Gold Silver Platinum Light ~ IT HAS ALWAYS BEEN US!