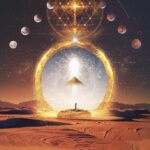 Timeline Shift! THE FIRST WAVE OF ASCENSION TO THE FIFTH DIMENSION (Event)   ﻿    Paul White Gold Eagle Greetings Courageous Lion Kingdom of our New Jerusalem on Earth We are…

Continue ReadingTimeline Shift! THE FIRST WAVE OF ASCENSION TO THE FIFTH DIMENSION (Event)

The energies for the September wave, our third amplification of 2016, are already arriving. To recap: The first wave (late December – January) was aimed at dissolving looping programs which interfered with HUman perception of the Shift in consciousness. These programs which kept people doing the same things, thinking the same thoughts, repeating the same beliefs were dismantled. As always, the collective recreates old patterns out of habit, so there is a delay between what occurs and what the collective can perceive due to our experience of linear time. That is the free will choice of Creator-in-carnate HUmans, with powerful DNA, who are able to collectively create realities.